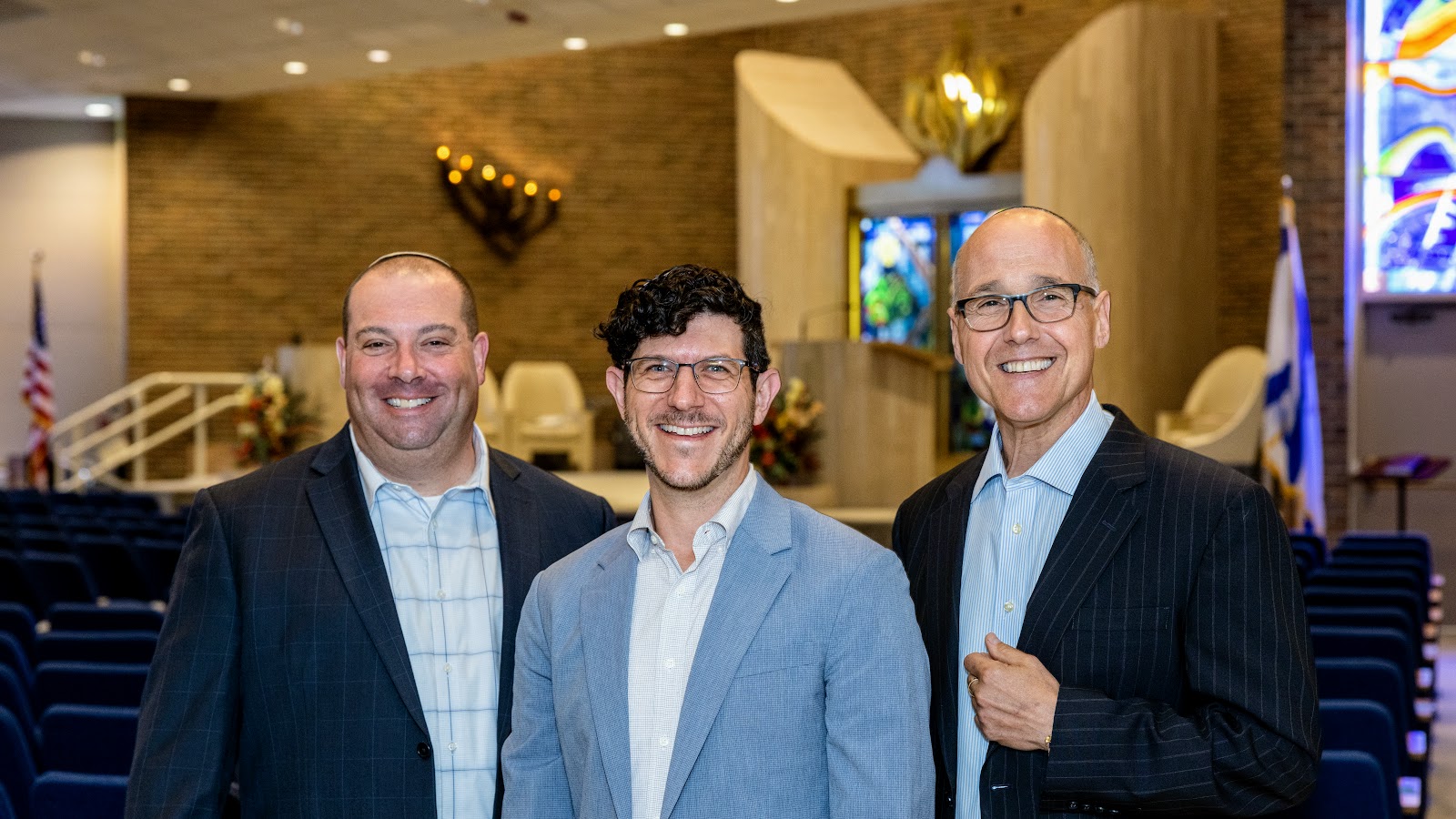 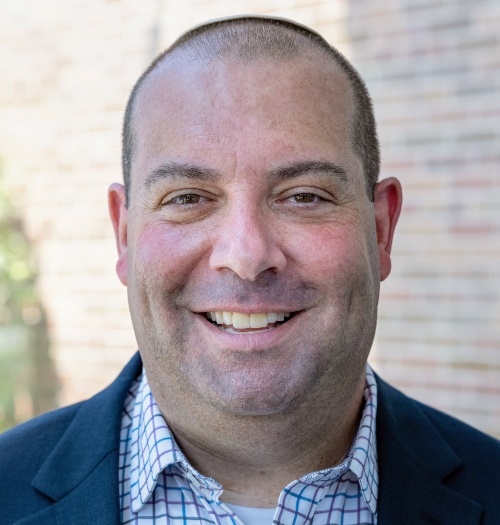 Rabbi Aaron Melman has served Congregation Beth Shalom since 2002 and assumed the role of head rabbi in July, 2015. He feels very lucky to live in Northbrook, raise his family here, and be part of the Beth Shalom family. Rabbi Melman is married to Elisa Rotman, a social worker at Solomon Schechter Day School, and they have two children, Jordan, a sophomore at Rochelle Zell Jewish High School, and Hannah, a seventh-grader at Solomon Schechter.

Rabbi Melman is originally from Toronto where he graduated from York University with a BA in Judaic Studies. He attended The Jewish Theological Seminary where he received his ordination in May, 2002. While at JTS, Rabbi Melman taught Hebrew School and Hebrew High School at Or Zarua, a Conservative synagogue on Manhattan’s Upper East Side, and served as a student chaplain with the New York City Fire Department (FDNY). Since 2002, he has served the Northbrook Fire Department as its first and only chaplain.

Rabbi Melman is involved in the community through the Northbrook Clergy Association, and serves on the Board of Directors of The Norton and Elaine Sarnoff Center for Jewish Genetics.  He is a Past-President of the Chicago Region of Rabbinical Assembly and is a member of the Chicago Board of Rabbis.  Rabbi Melman has also served as a guest lecturer over the past several years at the Chicago School of Professional Psychology.

Rabbi Melman considers the United States/Israel relationship very important to American Jewry and is very involved with AIPAC, serving on its National Council.  Rabbi Melman also serves on the Rabbinic Advisory Committee of Israel Bonds.  Jewish camp is also very near and dear to Rabbi Melman’s heart.  His children have attended Camp Ramah in Wisconsin over the past several years and he spends part of his summer there where he serves as Rabbi-in-Residence. Rabbi Melman is an avid traveler and feels fortunate to have led CBS congregants on trips to Israel and Cuba.

Rabbi Melman also serves as the only Jewish Chaplain in the Illinois Army National Guard and has the rank of Captain.

Additionally, he is a proud supporter of his beloved Toronto Maple Leafs, Toronto Raptors and Toronto Blue Jays. 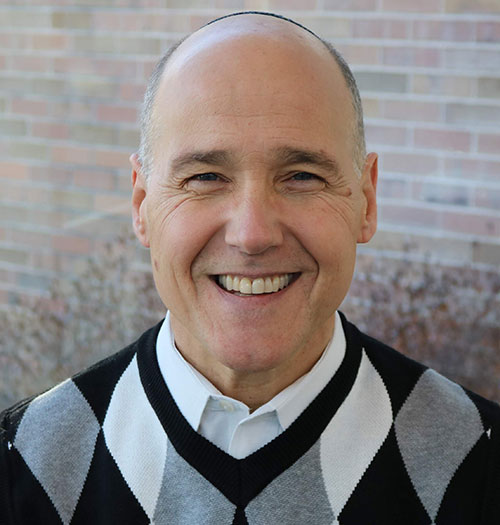 Cantor Stoehr began his career  at Congregation Beth Shalom in 1988, serving his congregants for over 34 years. He is a graduate of the Jewish Theological Seminary. In 2002 he was granted  the Hazzan David Putterman Award for excellence in his career. In 2008, he was awarded a Doctorate in Music, Honoris Causa.

Cantor Stoehr has served as the Cantors’ Assembly’s International President, and currently serves as the President of the Cantors Assembly Foundation. He previously has chaired six annual conventions and is the 2022 International Convention Chairman when the CA will celebrate its 75th Diamond Anniversary. During its Jubilee Convention he produced an international convention on Ellis Island and was invited to sing in Carnegie Hall. In 2010, the Cantor’s Assembly awarded him the Samuel Rosenbaum Award for scholarship and creativity. In 2015, Cantor Stoehr received the Moses Silverman Award for Service to the Assembly.

Through Cantor Stoehr’s leadership and foresight, our CBS community has its own Chevre Kaddishe (Burial Society) as well as committees focused on LGBTQ rights, (PRIDE @ CBS) and H.U.G.S @ CBS, (Healthy, Understanding and Growing Spaces); a ritually focused series of holiday programs for families with Special Needs. Under Cantor Stoehr’s direction, CBS began hosting SELAH, a choir for adults with special needs. He was on the Synagogue Federation Commission for Inclusion for JUF in Chicago and the Jewish Community Relations Council. With the FJMC, Cantor Stoehr was the primary author of a Minyan of Comfort, a guidebook for how to conduct minyanim in a house of Shivah, now translated into Spanish and French for use within the Masorti Movement worldwide. Cantor Stoehr has edited several educational booklets, primarily in the realm of mourning rites and traditions for our community.

Cantor Stoehr has released three music CD’s and is the creator of The Clergy Boys, a multimedia concert which was performed from the East to West Coasts. He has authored three books: a fictional tale entitled, MY BrOTHER’S KEEPER, That’s What Friends Do, a children’s book commemorating the attack on the Tree of Life synagogue in Pittsburgh in 2019, and his most current, a project for the CA, is an eBook for children entitled, My Cantor Can.

He is proud to have created and written a music drama, The Lost Supper, based on the relationship between Abraham Joshua Heschel and Martin Luther King, Jr.

Cantor Stoehr is married to Susan, who teaches both Bar/Bat Mitzvah studies and Adult Education at CBS. They are blessed by their children Jacob (Ilana), Talia and Alana and new granddaughter Liv Hazel. 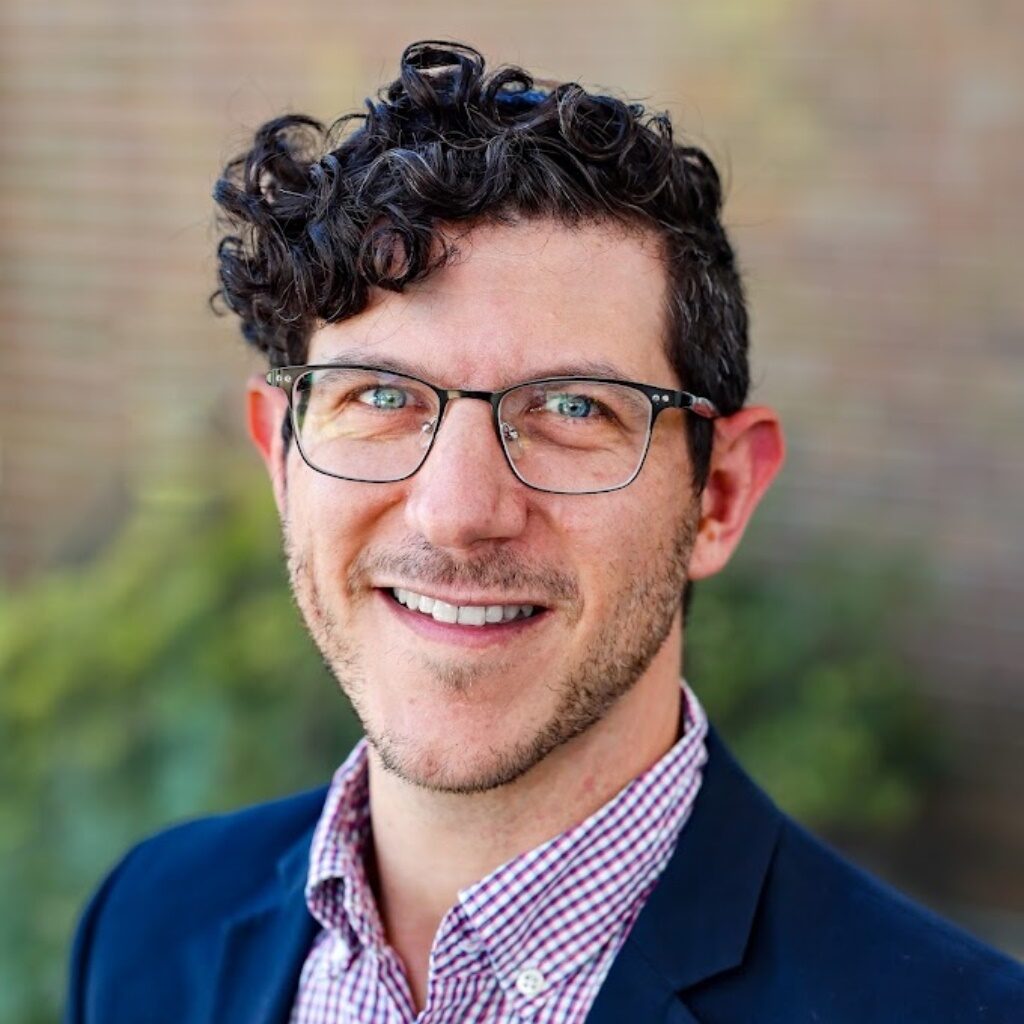 Rabbi David Shmidt Chapman loves building creative, inclusive Jewish communities and joining seekers of all backgrounds on their Jewish journeys. David came to the rabbinate as a second career, after a decade as a theater director and several years in the Jewish nonprofit sector.

While working in theater, David focused on international collaboration and developing new work that addressed social issues. David worked on and off-Broadway and at prestigious venues around the world, including the Edinburgh Fringe Festival, London’s Camden People’s Theater, and the Chicago Shakespeare Theater. He has performed his solo play Raoul Wallenberg: Letters to Young Men, about the Holocaust-era “righteous gentile” in several cities around the country. David received a Fulbright scholarship to study post-Cold War dramaturgy in Hungary and a Henry Luce Scholarship to spend a year in Vietnam teaching drama. He has also worked at the International Theater Institute at the UNESCO headquarters in Paris.

After discovering his new vocation in the Jewish world, David held leadership roles in several foundations making change through a Jewish lens, including the Nathan Cummings Foundation and the New Israel Fund (NIF). With NIF, David spearheaded the NY region’s millennial outreach efforts and helped create public programs that engaged people in supporting social justice in Israel. In 2014, David created and produced PEW-ish, an evening of short plays inspired by the (in) famous Pew Study, supported by the Schusterman Foundation.

David is a recipient of the prestigious Wexner Graduate Fellowship, the AIPAC Leffell Fellowship, a Jewish Federation of Metropolitan Chicago academic scholarship, and the New York Jewish Week’s 36 Under 36 recognition. This year David was awarded the Cyrus Adler Prize for the most outstanding student in the Rabbinical School senior class. David is passionate about learning for all ages, from early childhood to seniors. He is also deeply invested in his role as a pastoral caregiver, having completed two units of Clinical Pastoral Education. Alongside his ordination, David is earning a Master’s Concentration in Israel Education and a Certificate in Pastoral Care and Counseling. David also holds a Master’s in Nonprofit Leadership from Fordham University. David served for two years as the rabbinic intern at Sutton Place Synagogue in New York City, under the mentorship of Rabbi Rachel Ain. He was most recently the student/interim rabbi at Southwest Orlando Jewish Congregation, a 150-family Conservative synagogue.

After receiving his ordination from the Jewish Theological Seminary, David, a native Chicagoan, will be moving back to Northbrook with his husband, Jonathan, and their son to join the staff of Congregation Beth Shalom. 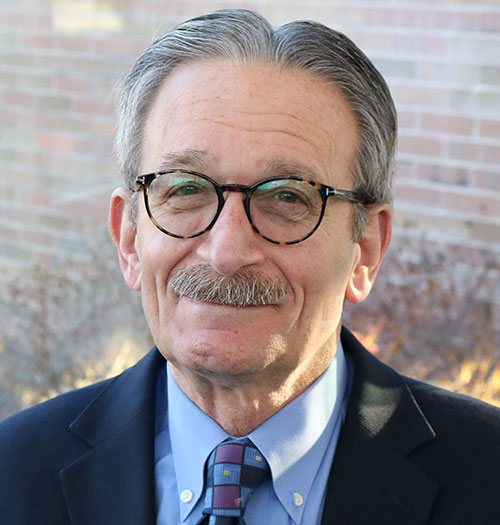 Rabbi Carl Wolkin graduated from Columbia University in 1968 with a BA in Classics and received his rabbinic ordination from the Jewish Theological Seminary in 1973. Before coming to Congregation Beth Shalom in 1980, he served as the Associate Rabbi of Temple Israel of Great Neck, NY from 1972-1980. In June, 2015, he retired after 35 years as the Senior Rabbi of Congregation Beth Shalom, and now serves as Rabbi Emeritus.

In 2004, Rabbi Wolkin was in the first group of graduates of the Center for Rabbinic Enrichment of the Shalom Hartman Institute. This group of North American Rabbis completed a three year program of study both in Jerusalem and in the U.S. He also studied at the Conservative Yeshiva in Jerusalem in January, 2011.

In addition to being the Secretary of the World Council of Conservative/Masorti Synagogues, also called Masorti Olami, he has served as Rabbi-in-Residence of St. Albans Masorti Synagogue in the UK. In April 2016, he received the Rabbi Mordecai Simon Memorial Award from the Chicago Board of Rabbis. Recently Rabbi Wolkin was elected to the Board of the Rochelle Zell Jewish High School. For the High Holidays through Simchat Torah, 2018, Rabbi Wolkin served as interim Rabbi at Temple Adath Yeshurun in Syracuse, NY, his home congregation.

Rabbi Wolkin is married to Judy, and they have four children: Joshua and David and daughters-in-law, Aurelia and Keeli.