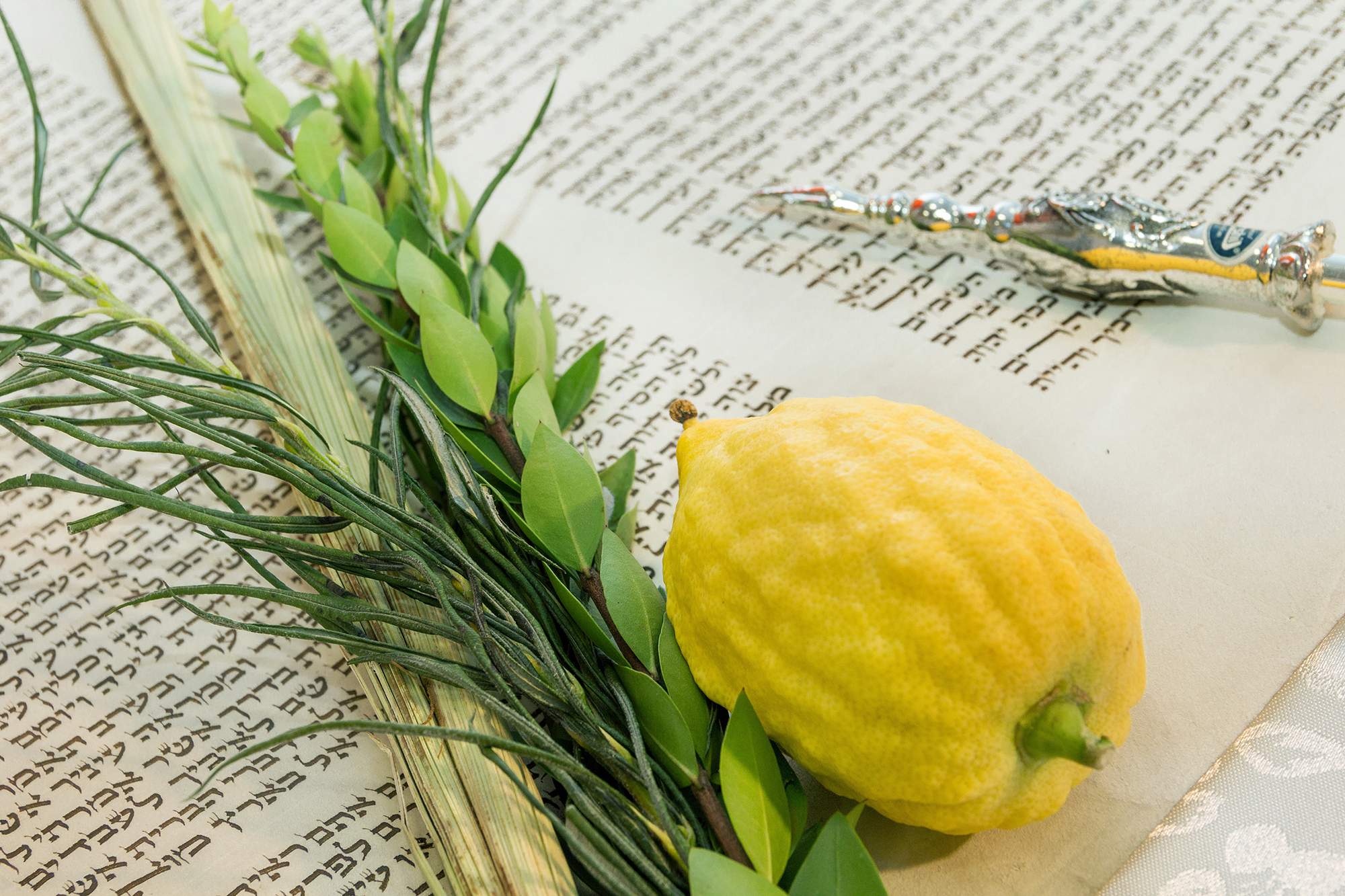 What Will I EAT During Sukkot this year? Recipes from CBS friends and neighbors can be found here!

The fall festival of Sukkot, commemorating the protection given the Jewish people throughout their wanderings in the wilderness, is described in the Torah as a harvest at the end of the agricultural year (Exodus 23:16).

The eighth day of Sukkot, called Atzeret (closing day of the festival season), is regarded as a separate holy day, characterized by the special prayer for rain (Geshem), by Yizkor services in memory of the departed, and by the recital of the book of Ecclesiastes which contains reflections on the purpose of life and human’s ceaseless strivings.

According to Maimonides, the moral lesson derived from the festival of Sukkot is that one should remember his or her bad times in his or her days of prosperity; he or she will thereby lead a modest life. Therefore, we leave our elegant homes to dwell in booths that are reminiscent of desert life lacking in all convenience and comfort.

On the other hand, Sukkot is kept in the autumn season when the produce has been gathered in from the fields and farmers are free from pressing labor, when there is neither great heat nor troublesome rain and it is possible to dwell in booths, even though they are hastily constructed and unsubstantial.

The four species, of which the lulav (palm branch) is the most prominent, are symbolical expression of our rejoicing over the change from life in the wilderness to life in a country replete with fruit trees and rivers.

These particular four species (lulav, etrog, hadassim, aravot) were plentiful in Eretz Yisrael, and were easily obtainable by everybody. Besides, they have a good appearance; two of them, the citron (etrog) and myrtle (hadas), diffuse fragrance; they keep fresh and green for seven days. .. (guide, 3:43). (Adapted from A Book of Jewish Concepts, by Philip Birnbaum).

The last day of this festival period is Simchat Torah when we rejoice that we have concluded the reading of the entire Torah and we begin it anew. It is a joyous culmination of the entire Holiday Season.

The Festival of Sukkot begins on Tishri 15, the fifth day after Yom Kippur. It is quite a drastic transition, from one of the most solemn holidays in our year to one of the most joyous. Sukkot is so unreservedly joyful that it is commonly referred to in Jewish prayer and literature as Z’man Simchateinu,

the Season of our Rejoicing.

Sukkot is the last of the Shalosh R’galim (three pilgrimage festivals). Like Passover and Shavu’ot, Sukkot has a dual significance: historical and agricultural. Historically, Sukkot commemorates the forty-year period during which the children of Israel were wandering in the desert, living in temporary shelters. Agriculturally, Sukkot is a harvest festival and is sometimes referred to as Chag Ha-Asif Chag Ha-Asif

, the Festival of Ingathering.
The word “Sukkot” means “booths,” and refers to the temporary dwellings that we are commanded to live in during this holiday in memory of the period of wandering. The Hebrew pronunciation of Sukkot is “Sue COAT,” but is often pronounced as in Yiddish, to rhyme with “BOOK us.”
Sukkot lasts for seven days. The two days following the festival, Shemini Atzeret and Simchat Torah, are separate holidays but are related to Sukkot and are commonly thought of as part of Sukkot.

In honor of the holiday’s historical significance, we are commanded to dwell in temporary shelters, as our ancestors did in the wilderness. The temporary shelter is referred to as a sukkah (which is the singular form of the plural word “sukkot”). Like the word sukkot, it can be pronounced like Sue-KAH, or to rhyme with Book-a.

The sukkah is great fun for the children. Building the sukkah each year satisfies the common childhood fantasy of building a fort, and dwelling in the sukkah satisfies a child’s desire to camp out in the backyard. The commandment to “dwell” in a sukkah can be fulfilled by simply eating all of one’s meals there; however, if the weather, climate, and one’s health permit, one should spend as much time in the sukkah as possible, including sleeping in it.
You can buy do-it-yourself sukkah from various sources online, or you can build your own. Then comes the fun of decorating it! Gourds, strung popcorn, laminated Rosh Hashana cards, Indian corn. And don’t forget your kids’ artwork!

The top of the sukkah is traditionally adorned with everygreen fronds called “schach.” Arbor Vitae branches are especially nice-smelling, but any evergreen tree will do just fine.

But even if you do not build your own sukkah, you can still fully participate in the mitzvah of “Leisheiv ba sukkah” (sit–or dwell– in the sukkah). Beth Shalom has a great sukkah, and opporunities all during the week-long festival to visit, sit and have a nosh (all you need to fulfill the mitzvah — along with the appropriate blessing, of course).

On the first day, you will take for yourselves a fruit of a beautiful tree, palm branches, twigs of a braided tree and brook willows, and you will rejoice before the Lord your God for seven days. -Leviticus 23:40

Another observance during Sukkot involves what are known as the Four Species (arba minim in Hebrew) or the lulav and etrog. We are commanded to take these four plants and use them to “rejoice before the L-rd.” The four species in question are an etrog (a citrus fruit similar to a lemon native to Israel; in English it is called a citron), a palm branch (in Hebrew, lulav), two willow branches (aravot) and three myrtle branches (hadassim). The six branches are bound together and referred to collectively as the lulav, because the palm branch is by far the largest part. The etrog is held separately. With these four species in hand, one recites a blessing and waves the species in all six directions (east, south, west, north, up and down), symbolizing the fact that God is everywhere. Detailed instructions for this ritual can be found under Sukkot Blessings.