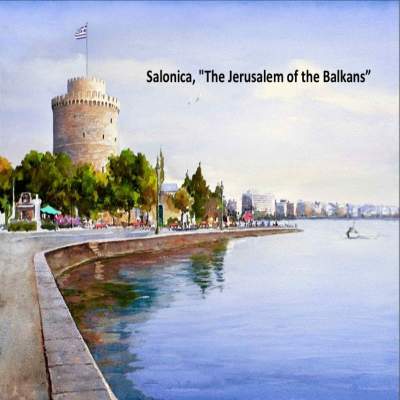 Some 20,000 Jewish refugees made their way to Salonica after their expulsion from Spain in 1492. They found a city empty of Jews and their arrival was encouraged by the Sultan, Bayezid II. Learn about the history and rich vibrant culture of a community allowed freedom of religious practice and communal autonomy under Islam. Whilst the Sephardi Jews had arrived destitute, living in poverty as manual workers or petty traders, some became entrepreneurs who supported the community and later brought new industry and trade to the city. Salonica’s flourishing port which was manned by Jewish porters, stevedores, sailors and fisherman, shut down over the Jewish Sabbath. However, in the mid-twentieth century what had been the largest Ladino-speaking community in the world, perished in Auschwitz – Birkenau.